Nitrogen-fixing farming systems aggressively integrate nitrogen-fixing plants into as many possible aspects within the system (Palmer, 1996). The hypothesis is that the efficient utilization of nitrogen fixing trees and shrubs (NFT/S) as well as other nitrogen fixing plants (NFPs) can serve to contribute to the overall sustainability of a farming system due to the addition of extra nitrogen through biological fixation. 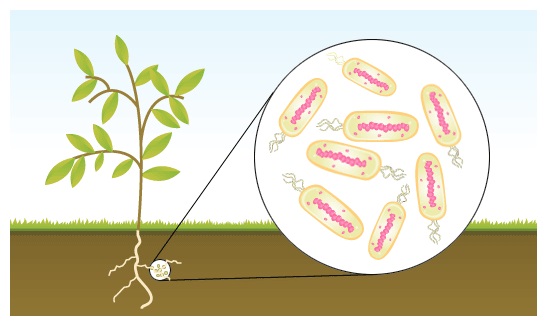 In a cropping scheme, NFPs would be primarily utilized for soil amelioration, as well as erosion control, rotational choice, etc. Examples of this would be Desmodium rensonii, Flemingia macrophylla, and Leucaena leucocephala used as double contour hedgerows for erosion control and soil fertility maintenance in a Sloping Agriculture Land Technology (SALT) system (Watson and Laquihon, 1981).

In a reforestation scheme, NFPs (primarily NFT/S) would be used as pioneer nurse species and soil enrichers to enable better growth of high value timber. Examples of this would be Indigofera tyesmani (anil) utilized as a pioneer species in reforestation plots in Vietnam or the fast growing leucaenas (leucocephala, diverisifolia) and acacias (mangium, ariculiformus) as a nurse crop to mahogany (Switenia macrophylla) and narra (Pterocarpus indicus) in the Philippines (MBRLC Editorial Staff, 1992).

In animal production schemes, NFPs (primarily NFT/S) would be utilized as the principal source of feed. High-protein NFPs such as Desmodium rensonii (rensonii), Gliricidia sepium (madre de cacao), Inidgofera tyesmani (indigofera) and Leucaena leucocephala (ipil-ipil) would be planted in a forage garden and cut at selected intervals, fed to the animals, and left to coppice and rejuvenate fresh forage to be fed once again.

Go back to resources.

Your donations make the world a better place. Let’s make a difference together!